Home › Lake County › Commissioners › Better Flip…..”gird your loins, they are coming back for more”

Better Flip…..”gird your loins, they are coming back for more”

THE BETTER FLOP – A MODEL FOR THE COUNTY…ARE YOU SERIOUS????

We could not help but notice the obvious coordinated effort, by the News Herald and officials of our local government, to rally the troops behind the unmitigated disaster that is the ‘Better Flip’ initiative, after our article Flipping and Flopping with Taxpayers’ Money was published on January 26.  Just one week later on Saturday, February 2, Commissioner Jerry Cirino and Willowick Mayor Rich Regovich (a contractor who owns Regovich’s Repair and Remodeling), go arm and arm in a show of unbridled solidarity stating that they support the ‘Better Flip’ initiative.  Better Flip is model for county

Commissioner Cirino, you’ve made the statement that the ‘Better Flip’ house looks wonderful…just wonderful.  Well it should look like the Taj Mahal for $250,000! Perhaps they could have bulldozed the house and started over for that kind of cash. And don’t forget, the Port Authority was GIVEN the existing structure and the land. Do you really think that this was a good use of taxpayer money when the Lost Nation Airport is where the focus should be? Don’t you think getting the Lost Nation Airport to the point of being self-sustaining as quickly as possible so as to lessen the burden of that airport on the Lake County taxpayer would be a better use of $250,000?

Wait a minute, did we say $250,000? Why yes, we did. Remember, we told you that Mr. Rantala let out a BIG old belly laugh at the recent Port Authority board meeting on January 23 when Commissioner Hamercheck stated that the cost of the project would likely be $250,000 – $260,000 when all is said and done. Yet, in the second article in the coordinated effort to sell the ‘Better Flop’ initiative to the public written by Chad Felton of the News Herald dated Sunday, February 3, Mr. Rantala had to admit that the project will, in fact, come in right around the $250,000 – $260,000 threshold just as  Commissioner Hamercheck stated (https://www.news-herald.com/news/lake-county-port-authority-s-better-flip-home-demonstration-project/article_9c686790-24d5-11e9-b475-8b5d14a2784c.html). [NOTE: Article appeared online on February 2 but appeared in the News Herald print edition on Sunday, February 3] 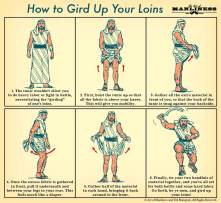 Translation: Gird your loins my friends, Mr. Rantala admits he will likely be coming back to the Port Authority board with yet another resolution asking for more money.

Had the Port Authority purchased the property in the runway protection zone of Lost Nation Airport in 2015 (which was in their budget to do and which is part of the Airport Master Plan), we would be receiving reimbursement for that land purchase from the FAA this year! Had the Port Authority board not undertaken this Better Flop initiative and spent the $250,000 on the infrastructure necessary to build T-Hangars, we could be using the money reimbursed to us by the FAA to actually BUILD T-Hangars. Remember, since the airport was transferred to the County, the Lake County taxpayer will be responsible for the airport for the next 25 years. Why would the Port Authority not do everything in their power to ensure that the airport becomes self-sustaining as soon as possible? They are spending other people’s money so who cares, right?

In the final article in the coordinated marketing effort to glorify the Port Authority written by Chad Felton of the News Herald on Monday, February 4, (https://www.news-herald.com/news/lake-county/original-lake-county-port-authority-board-member-thankful-hopeful-for/article_65260f44-28cc-11e9-acac-67a9e1e0ad7f.html?utm_medium=social&utm_source=email&utm_campaign=user-share) the following statement was made: “Chris Madison’s recent retirement from the Lake County Ohio Port and Economic Development Authority Board has paved the way for younger community business leaders.” We had to let out a big old belly laugh at that misstatement. Funny, we didn’t see any mention of the ‘Better Flip’ initiative in Mr. Madison’s farewell address, nor any glowing reports from the two board members schooled in the art of construction.

So let’s review shall we? The first article praising the ‘Better Flop’ came out on Saturday, February 2; the second article came out on Sunday, February 3; and the third article heaping praises on the Port Authority in general came out on Monday, February 4. It has all the indications of a coordinated effort by the News Herald and elements of our local government to try to provide propaganda to the taxpayers of Lake County that the $250,000 being spent on the ‘Better Flop’ is a wonderful thing…even though that money SHOULD have been spent at the Lost Nation Airport.

We are STILL waiting on that detailed financial accounting of the ‘Better Flip’ project we requested at the board meeting on January 23. To be clear, we would like to see line by line how the Port Authority spent $210,000 thus far, and the anticipated costs yet to be incurred. Additionally, we are waiting for answers to our other questions posed via email on January 21.

Perhaps if we lived in the perpetual state of pink clouds, unicorns, and kittens we might buy this farce. The coordinated effort to put “lipstick on this pig” falls short. We aren’t buying it. The Port Authority board should NEVER have approved this thing. Not when there is so much that needs to be done at the airport to make it self-sustaining. Commissioner Cirino and Mayor Regovich, we could not disagree with you more, and the fact that you are supporting this disaster speaks volumes.

Thanks to all of the readers of our site, we just passed 200,000 views…We will keep bringing news that impacts all of us.