Felony Cover Up in Knox County

Felony cover up in Knox County

In February 2018, I filed a sworn affidavit with the Knox County Sheriff concerning the open dumping into a waterway . The Sheriff’s deputy filed a report with the county prosecutor, but he refuses to investigate because the prosecutor’s office and the county commissioners signed off of this project stating that all regulations have been met and all damage was repaired .

This is the on going problem here in Knox County.   I have sent freedom of information act letters to the public records manager of the Ohio E.P.A. requesting the closing documents on this sewer project, but have been told they do not exist.

According to the E.P.A. office in Washington they have to exist since that is required by E.P.A. regulations. I have also sent freedom of information requests to the Knox County Commissioners, but have never gotten a response. I have included a copy of my sworn affidavit and a copy of the sheriff’s report. 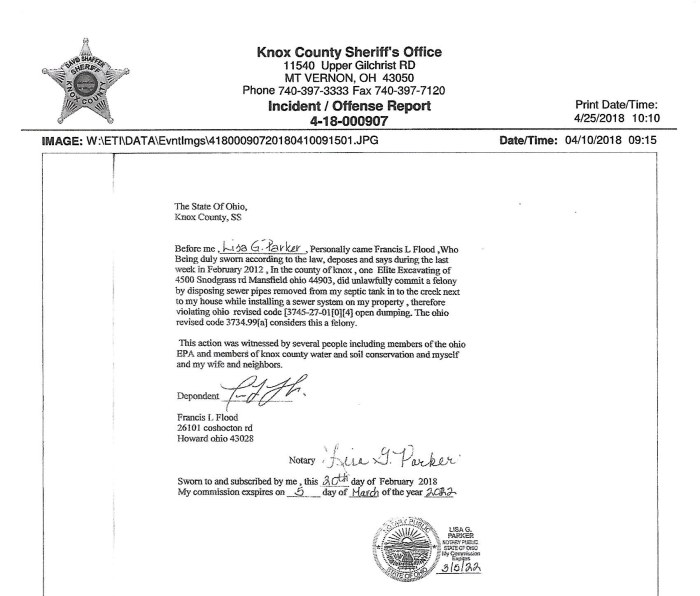