Education, in general, is a very important topic for LFC. We are very concerned about the deceptive liberal agendas being promoted in public schools. The State of Ohio overall grade point average for all schools is 2.07 on a 4.0 scale. We suggest that they focus on academics rather than trying to indoctrinate the children with their version of family values.

We had the opportunity to attend a Mentor School Board meeting on April 12, 2022, and took the videos shown below. We thank the Kirtland lobbyist for sending us the Washington Examiner article on Mentor Public Schools. 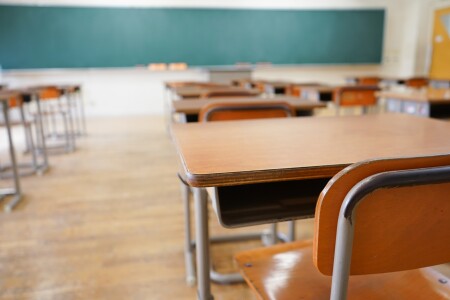 A teacher training program for an Ohio school district provided instructions for pursuing racial justice in the classroom while using a curriculum that may be “rooted in whiteness.”

The training program for teachers in Mentor Public Schools in Mentor, Ohio, was created by the teacher professional development company BetterLesson and included numerous instructions for teachers on how to teach their classes through a lens of race.

The program, which was obtained by the parent activist organization Parents Defending Education, instructs teachers on being “co-conspirators,” which the training says are people “whose actions combat racism through direct challenge to or subversion of racist structures and institutions.”

The presence of critical race theory in public schools has provoked controversy in school districts nationwide, and several Republican-controlled states have taken steps to ban the theory from being integrated into public school curricula over objections from Democratic politicians and liberal activists who claim the theory is not taught in public schools.

While the theory is not taught as coursework, teacher training programs used in school districts nationwide often provide instructions to teachers on how to integrate aspects of the theory into their curriculum.

The program used by Mentor schools instructed teachers on how to be a “co-conspirator,” even while “using a curriculum rooted in whiteness.” It does not say, however, that all curricula are so constructed.

“When teaching standards and core curricula have been previously developed and provided it’s easy to simply follow along,” the training said. “However, it’s important to remember that our education system has been founded on historically racist practices, including silencing those from disenfranchised communities.”

Another slide shows a diagram of “becoming anti-racist” that says if one denies racism is a problem, they are in the “fear zone,” while someone who understands their “own privilege in ignoring racism” has progressed to the “learning zone,” and someone who “sit[s] in [their] discomfort” and “promote[s] and advocate[s] for policies and leaders that are anti-racist” is in the “growth zone” of being an anti-racist.

Mentor Public Schools did not respond to a request for comment.

Erika Sanzi, the director of outreach for Parents Defending Education, which obtained the slides, said in a statement that “expecting teachers or anyone to ‘sit in their discomfort’ seems like a textbook definition of a hostile work environment.”

“Considering the sources used in this presentation, none of it is surprising but this is a quintessential example of how teachers are being bombarded by critical race theory during professional development,” Sanzi said.

Mary Bryner, President of the Mentor School Board, believes that sex education should begin in kindergarten.

We wonder how many “Mama Bears” in the Mentor School District and all of Lake County agree with her.

For the record, LFC completely disagrees with Ms. Bryner, and questions here fitness for membership on the school board let alone be the President.

Here are previous articles we wrote about the Mentor Schools: