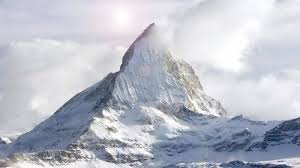 Secretary of State John Husted has published updated signature requirements needed to place a statewide issue on the ballot.

From now until the 2022 election for governor, all statewide ballot issue committees collecting signatures for their issues to be placed on the ballot must collect the following number of signatures depending on the type of issue.

Only the signatures of qualified electors will be accepted and count towards satisfying these constitutional amendments.

Here is the link to the Secretary of State website that provides the detailed rules and regulations for collected signatures and submitted the ballot initiative.

In addition to the total number of signatures, there is another stipulation where the signature must be obtained:

The signatures must have been obtained from at least 44 of the 88 counties in Ohio. From each of these 44 counties, there must be signatures equal to at least 1.5 percent of the total vote cast for the office of governor in that county at the last gubernatorial election.

From the Secretary of State website here is a report showing the signatures required by county.      governors_percentage_chart_2018

Any thought we have about changing the public school funding away from property taxes will take a herculean effort.  It is estimated that it may cost anywhere from $2.5 – $5 million dollars.