Steve Thompson please cover up – your insensitivity is showing

Mr. Thompson is giving advice to Lake County seniors that they will not appreciate: 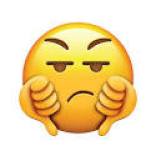 So Superintendent Thompson wants you to move out of your home for your own good, believes that you are incompetent for not properly saving for retirement, and are selfish for not supporting the schools when everything was paid for you.  Advice to Thompson – that is not a winning message when you have your hands in the pockets of those people you are trying to convince to support your grandiose ideas of what public education should look like.

When current senior citizens were going to school, the teachers did not receive the compensation, benefits and pensions that are currently being paid.  There was no double dipping (retiring and then being rehired), the “pickup”was not even thought about (having the taxpayers pay the employee’s portion of the pension); and the fringe benefits did not exceed what the private sector received.

Senior Citizens were devastated in 2008 when they saw their savings and property values take a tremendous hit because of the stock market crash.   The Federal Reserve has manipulated the currency supply to the point that seniors cannot even get significant interest income on their savings.  There were times when the average citizen would get 4% – 5%, and even more on long-term certificate of deposits.

Inflation continues to eat away at the retirement savings of senior citizens, and social security payments do not come close to staying up with the rate of inflation.  Is that considered poor planning by senior citizens Superintendent Thompson?

Our federal legislators destroyed the Social Security when they used the funds to pay for their pet projects.  All the while they exempted themselves from the retirement system  they created for the average citizen. The private sector lost their company paid pension plans while the public sector still continues to see their pension plans balloon to the point that they are all underfunded.

Mr. Thompson, how does a senior citizen save for those unforeseen medical events that happen to so many of them, and are not covered by insurance – assuming they can afford insurance.  What do you say to a senior that decides to either buy food, or prescriptions while their property taxes continue to price them out of  their homes?  Tell the seniors that they were poor planners when they have to cut their prescriptions in half in order to make ends meet.  LFC finds your remarks that seniors should have better planned for their retirement as insensitive and reprehensible.

Although school districts receive ~70% of all property taxes, there is a continual push from the ever growing government at all levels to extract money from the taxpayers.  Police, fire, roads, municipal and county governments, other political sub-divisions and non-profits are all clamoring for more money from an ever increasing aging population.  Government is quickly outgrowing the private sector’s ability to pay the freight!

Ladies and gentlemen, public schools have an insatiable appetite for more money.  Their expenditures will NEVER go down – even when there is declining enrollment.  Whether the need is to pay for new schools, maintaining existing schools, pay increasing salaries, benefits and pension or simply to cover the rate of inflation, they will ALWAYS come back to the taxpayers for more money.  The powerful teachers’ unions have a strangle hold on our politicians, and their lobbyists, paid by taxpayers’ funds, will continue to thwart efforts for the average citizen to understand the ballot language for property taxes.  They simply want to continue the deception on the taxpayers for their power and greed.

The use of property taxes to fund our public schools is not sustainable.  Eventually, most everyone on fixed incomes will be priced out of their homes as they exceed the Housing Affordability Threshold (30% of annual income for mortgage, utilities and property taxes).  There needs to be a paradigm shift in how we educate the future generations. Our current research has discovered that in the state of Georgia when a senior reaches 62 years of age they pay NO SCHOOL PROPERTY TAXES!  Why can’t that happen in the State of Ohio?

The public school buildings are far more extravagant than schools in the 1960’s.  No expense is spared to build the edifices that are promoting equality of outcome, replacing the individual with the group, and reinforcing socialism over capitalism.  Lavish swimming pools, stadiums, fine arts theaters, gymnasiums are all first class facilities.  However, when compared against the testing results, we question if our education system is better today than in the 1960’s and 1970’s.

If the Lake County senior citizens are to be blamed for anything, it is their trusting of our elected politicians.  We, incorrectly, assumed that they would keep the best interests of the citizens in mind.  In reality, they care more about the special interest groups that can provide funding for the party and their individual re-election campaign. They appear to not care one bit about the citizens – it is all about their personal wealth, power, and prestige.

Here are some interesting statistics for Lake County:

In 2010, there were 27.1% of the homeowners that had exceeded the Housing Affordability Threshold by spending at least 30% of their annual income on their mortgage, utilities and property taxes.   Over 53% of renters had also exceeded the 30% threshold.  With all of the new property taxes since 2010, the percentage of homeowners and renters have, no doubt, increased.  Here is a schedule that projects the number of homeowners and renters through 2030 that will exceed their HAT based on the 2010 base line percentages. (These are very conservative figures)