Fall Out of DeWine’s Mask Mandate

“Governor DeWine announced that beginning on Thursday, July 23, at 6:00 p.m., a statewide mask mandate will go into effect for citizens living in all 88 Ohio counties. … All individuals in Ohio must wear a mask facial coverings in public at all times when: At an indoor location that is not a residence. “July 22, 2020

[LFC Comments: “Concerned” citizens, sometimes known as “sheeple”, “stool pigeons”, or “narks”,have done their duty for the State by informing the Lake County Health Department when they see an infraction, no matter how small, of Der Leader’s mask mandate.  There are no reports if the “narks” have receive any additional food rations for their efforts.  The good news is for those violating the mask mandate, you will not be fined, locked up, or shot on sight……yet.  So who do you trust when you walk outside without a mask?  History is repeating itself.]

Excerpts from the book Judge Thy Neighbor:

“From the Spanish Inquisition to Nazi Germany to the United States today, ordinary people have often chosen to turn in their neighbors to the authorities.”

” Bergemann (the author) finds that when authorities use coercion or positive incentives to elicit information, individuals denounce out of self-preservation or to gain rewards. However, in the absence of these incentives, denunciations are often motivated by personal resentments and grudges. In both cases, denunciations facilitate social control not because of citizen loyalty or moral outrage but through the local interests of ordinary participants.” 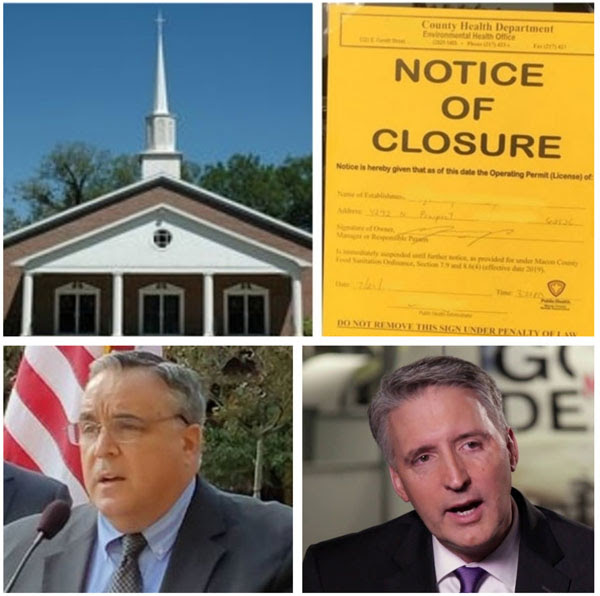 Health Departments Threaten to Fine and Close Ohio Churches Over State Face Mask Mandate.
Churches have notified the Ohio Christian Alliance that they have been harassed and threatened by county health departments over the face mask mandate issue.
We are tracking down this alarming trend of health departments making calls to churches concerning face masks during church services.
A records request in one county revealed that 14 calls have been made in the last ten days since the statewide face mask order went into effect.
Churches in other urban counties in Ohio are reporting the same kind of calls coming into their offices. The Ohio Christian Alliance with our staff and volunteers is collecting reports that will be provided to statewide officials to address this problem and to tell the health departments to stand down when it comes to churches.
*****
And in our local community, Concord Township….

We contacted Discount Drug Mart about their sign, and was told that they must comply with Governor DeWine’s mask mandate.
By the phrase “local government”, they really mean the “State government”.
Believe it or not, there have been “concerned citizens” that have contacted the Lake County Health Department, and complained if someone does not have a mask, or even takes the mask down for some relief.
*****