Home › Uncategorized › Dave Joyce and Republicans sell us out again….there is only one party!

Dave Joyce and Republicans sell us out again….there is only one party!

Thanks to one of our lobbyists for this information on RINO Dave Joyce for selling out our country.  Shame on you Joyce!  We wonder how much the Chamber of Commerce donates to Joyce’s campaign coffers, or maybe it is filtered through the Republican Party.
*********************1776

39 RINO GOP Reps voted with Democrats & US Chamber of Commerce to offer Amnesty to millions of illegal aliens from Venezuela!

Special thanks to ALIPAC supported Rep. Mo Brooks for leading the fight against this terrible bill! We can still stop this bill in the Senate or via Trump veto! Cal Trump about this now at… 202-456-1111 or 202-456-1414

Contact these 39 liberal Democrats masquerading as Republicans and let them know what you think of their Amnesty for illegal aliens from Venezuela at…
https://www.house.gov/representatives

Call those Open-Borders Amnesty backers at the US Chamber of Commercetoo at
https://www.uschamber.com/about/contact-us 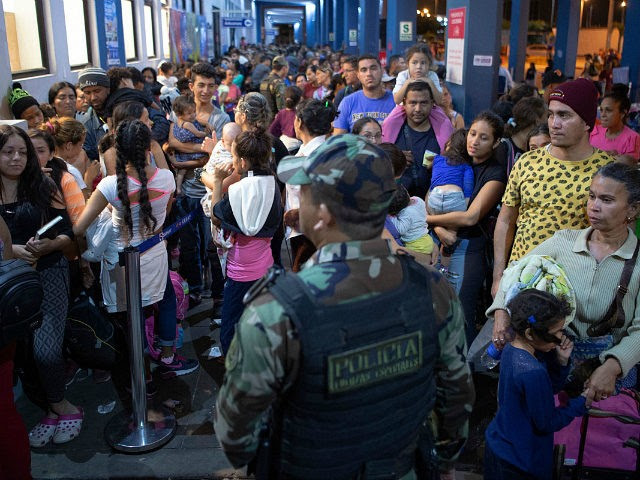 House Democrats and 39 Republicans passed a plan to provide asylum in the United States to potentially millions of Venezuelans fleeing their socialist dictator.

In a 272 to 158 House vote on Thursday, every Democrat and 39 Republicans voted to create a Temporary Protected Status (TPS) program for Venezuela’s population — allowing nationals who are already in the U.S. to remain and incentivizing more to migrate.

Officials with the Trump administration previously voiced their opposition to the plan in an interview with Breitbart News.

“We would not want to open the floodgates for them,” an official said in March.
The Republicans who voted with House Speaker Nancy Pelosi (D-CA), Rep. Alexandria Ocasio-Cortez (D-NY), and Rep. Ilhan Omar (R-MN) include: