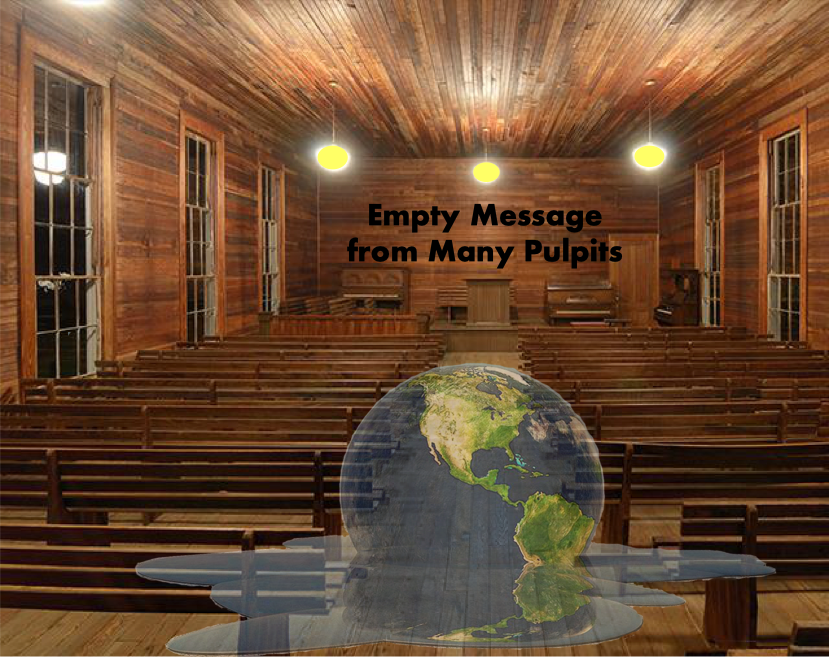 Saturday on Samuel Adams Returns – The Anti-federalists Got It Right:

The video will be available at 10 AM on the SamuelAdamsReturns Youtube channel.

Last week I began these conversations that touched on Climate Change as well as the specifics in Dr. Dwight’s sermon regarding Moral Legislative Governance. I intended to really drill down on the various pastors and denominations that are ‘Pro-climate Change’ but became so frustrated with the convolution of Biblical positioning on this that I quite frankly puked.

My nausea in regard to Evangelicals being ‘Pro-climate Change’ is adjoined with my continued discussion of the same falling away from Biblical Reformation theology and the extensibility of the Gospel. As Dr. Dwight notes, “ Theory, on the contrary, rapid, but wild, has usually receded more than it has advanced.” More in a moment.

As discussed somewhat last week, the ideals of our Republic are being taken hostage by the Demon – crat demigods who are, as members of the Congressional Progressive Caucus, enemies of Constitutionalism, Foundational Biblical Truth and in general, the sovereignty of a Liberty established from the beginning of this nation.

As my almost 92 year old Dad says, “The climate changes! Get over it!” Not to preach to the choir here: the insidiousness of this globalist religion has tentacles that have even grasped the minds of evangelicals, especially the youth. Unlike the call of our forefathers for ‘Religious Education’, the government education / indoctrination system has inculcated the youth in vain theories that challenge the Orthodox Doctrines of Biblical truth under the guise of ‘stewardship’. Honestly, I don’t have the time to delve into this more yet it is a topic of discussion that your pastors should be taking on.

With that are the treaties of 1992 that have shackled us to the insidiousness of ‘Agenda 21’ now called ‘Climate Change’. Presidents Bush and Clinton gladly joined this global religion and committed US dollars to it. Now, the high-priests of internationalism are demanding the life-blood of US. Follow what is happening in the Reference links below.

Moral Legislative Governance begins with ‘moral self-governance’ – Period! For the most part of this topic I would defer that you read Dr. Dwight’s sermon in the References. As I have continually brought to your attention in these programs, the essence of governing well is when those that are elected to office or hired into a bureaucratic position – acknowledge that their first capacity is to recognize the Sovereign of the Universe and act in ‘truth’, ‘justice’, ‘knowledge’ and ‘wisdom’.

By the way, Look at the article about the Naval Academy noted in the References below.

John Adams {The Works of John Adams, vol. 4 (Novanglus, Thoughts on Government, Defence of the Constitution) [1851]} – ‘Let me put a supposition. Justice is a great Christian, as well as moral, duty and virtue, which the clergy ought to inculcate and explain. Suppose a great man of a parish should, for seven years together, receive six hundred pounds sterling a year, for discharging the duties of an important office, but, during the whole time, should never do one act or take one step about it. Would not this be great injustice to the public? And ought not the parson of that parish to cry aloud and spare not, and show such a bold transgressor his sin; show that justice was due to the public as well as to an individual; and that cheating the public of four thousand two hundred pounds sterling is at least as great a sin as taking a chicken from a private hen-roost, or perhaps a watch from a fob?’

John Adams again – ‘…The freedom of thinking was never yet extended in any country so far as the utter subversion of all religion and morality, nor as the abolition of the laws and constitution of the country.’

“The qualifications for self-government in society are not innate. They are the result of habit and long training.” –Thomas Jefferson to Edward Everett, 1824. ME 16:22

“[Without becoming] familiarized with the habits and practice of self-government,… the political vessel is all sail and no ballast.” –Thomas Jefferson to Henry Dearborn, 1822. FE 10:237

“[It is a] happy truth that man is capable of self-government, and only rendered otherwise by the moral degradation designedly superinduced on him by the wicked acts of his tyrant.” –Thomas Jefferson to M. de Marbois, 1817. ME 15:130

“…As the Preservation of Morals as well as Property & Right, so much depends upon the impartial Distribution of Justice, agreable to good & wholesom Law: and as the Judges of the Land do depend upon the free Grants of the General Assembly for Support; It is incumbent upon you at all times to give your Voice for their honorable Maintenance so long as they, having in their minds an Indifference to all other Affairs, shall devote themselves wholly to the Duties of their own Department, and the further Study of the Law, by which their Customs Precedents Proceedings & Determinations are adjusted & limited.”

And because you keep asking!

The video of today’s program at the SamuelAdamsReturns channel and you can subscribe to the YouTube Channel Here.

Like Loading...
‹ People are starting to push back
Homestead Exemption Increase = “a cup of coffee and a Crispy Creme a year” ›