Thanks to a Wickliffe lobbyist for this information received from the Wickliffe School Superintendent, Mr. Joe Spiccia.

Here are some records sent by Mr. Spiccia:

After reviewing the records, we have the following comments and questions:

We have to wonder if Mr. Spiccia and his steering committee would rethink their position based on our “new normal” in public education.   Should they put their plans “on hold” until the State of Ohio Board of Education issues any new mandates for public education?  For example, if children are to be taught two days a week at school and three  days at home, would that change the school’s building plans?

We were wondering if they need to spend $796,000 for a storm shelter, $4.4 million for a 500 seat auditorium, and $1.1 million for the turf in the new stadium.  When the enrollment is projected to be 1,223 student, but declining, the expenditures seem questionable.  We have come a long way from teaching the 3 R’s. 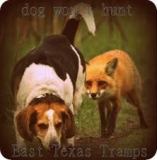 To the Wickliffe senior citizens that will have their world turned upside down because of the increased property taxes, some may even have to sell their homes, you may want to ask Mr. Spiccia if he wants this project to be his legacy.  Do not let them tell you that a new school will increase your property values.  That “dog won’t hunt” anymore!

Please send checks made payable to Lobbyists for Citizens 8196 Rainbow Drive Concord Township, OH 44077... Thank you for helping us bring the truth and transparency to ALL citizens.

Thanks to all of the readers of our site, we just passed 350,000 views…We will keep bringing news that impacts all of us.