John Kasich – a Democrat Masquerading as a Republican
Former Governor John Kasich continued his hatred for President Trump by speaking Monday night at the Democrat National Convention. This is the same individual that decided to boycott the Republican National Convention held in Cleveland four years ago. Kasich continues to masquerade as a Republican while publicly endorsing Joe Biden for President. 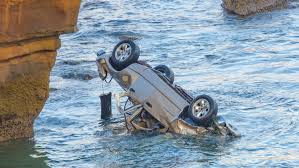 Many may remember Kasich’s “crossroads commercial” when running for Governor. He used the same metaphor four years ago running for President. Now, we hear the same two-paths speech in his support for Biden. The only two paths in the minds of Ohioans, when it comes to Democrat Kasich, is the path that the former governor has taken to drive Ohio over a cliff with his endorsement of Joe Biden. Kasich is not a Republican, but a Democrat.
In the past, Ohio Value Voters urged all statewide elected Republican officials to condemn the former governor in his support of Biden. John Stover, President of Ohio Value Voters states, “Kasich should be censored for his actions. It is time for Republican leaders to act. Their silence only continues to empower this former governor”.
Once again, Ohio Value Voters urges republican leaders in Ohio to censor and denounce Kasich for his irresponsible and misguided actions.

[LFC Comments:  It makes one wonder what you have to do to get kicked out of the Republican Party.  What does Kasich have over the Republican leadership?]