LFC Comments: Thanks to Tom Niewulis for sending this article to us. 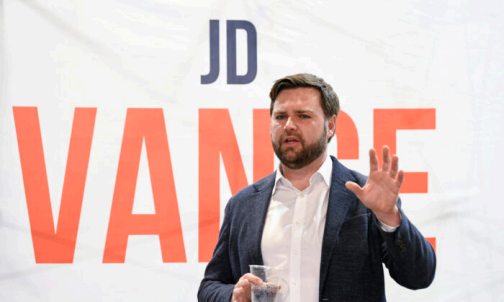 A week after securing the coveted endorsement from Donald Trump, Ohio GOP U.S. Senate candidate J.D. Vance will speak at the former president’s “Save America” rally in central Ohio on April 23.

The Hillbilly Elegy author and venture capitalist will take the stage bolstered by another $3.5 million from billionaire entrepreneur Peter Thiel via a super Political Action Committee that backs Vance’s campaign.

Thiel, who is the co-founder of PayPal and Facebook’s first outside investor, has now contributed $13.5 million to the pro-Vance Protect Ohio Values.

Federal Election Commission filings indicate that the super PAC had spent all but $289,000 of Thiel’s initial $10 million donation by the end of March. Vance’s campaign had $1.6 million in the bank at the end of March, which represents a fraction of what opponents Josh Mandel and Mike Gibbons reported.

Though he has faced consistent criticism from his opponents about comments he made about Trump in 2016, Vance gained the former president’s endorsement on April 15 ahead of the May 3 primary.

Vance is running against Mandel, who is a former Ohio state representative and state treasurer; and Gibbons, a Cleveland investment banker who was defeated by Jim Renacci in the 2018 Ohio GOP U.S. Senate primary.

Trump said that he endorsed Vance because the U.S. Marine Corps veteran has the best chance of defeating Democratic Congressman Tim Ryan in the general election. Ryan is the clear frontrunner in the Democratic primary.

Early voting in Ohio started on April 5 and continues through May 2.

“I’ve studied this race closely and I think J.D. is the most likely to take out the weak, but dangerous, Democrat opponent—dangerous because they will have so much money to spend. However, J.D. will destroy him in the debates and will fight for the MAGA Movement in the Senate,” Trump wrote in a statement.

“It’s time for the entire MAGA movement, the greatest in the history of our Country, to unite behind J.D.’s campaign because, unlike so many other pretenders and wannabes, he will put America first,” Trump added. “In other words, J.D. Vance has my Complete and Total Endorsement.”

The ad is part of a $500,000 buy that is airing on broadcast and cable outlets. The blitz is part of a seven-figure purchase to saturate the market leading to the May 3 primary.

“J.D. is the conservative outsider who will continue Trump’s fight to secure our borders, protect the unborn, get rid of the corrupt politicians and stop Joe Biden,” a narrator says in the ad, which features a newspaper headline touting the Trump endorsement.

“Trump fought back and so have I,” Vance said in the spot. “Now, I’ll take our fight to the U.S. Senate.”

The poll also found that 54.9 percent of respondents, who are likely GOP primary voters, are either “more likely” or “much more likely” to vote for a candidate endorsed by Trump.

Republican pollster David Lee conducted a survey for Protect Ohio Values, a pro Vance super PAC, that was released on April 6 and showed Vance, Gibbons, and Mandel in a tie for the lead at 18 percent each.

Mandel is backed by the well-funded Club for Growth, which has aired numerous ads reminding Ohioans of Vance’s harsh criticism of Trump and Trump supporters in the 2016 presidential election.

When asked about his disparaging remarks about Trump from 2016, Vance said that his opinion evolved during the early years of the president’s term.

“You know what? Facts change,” Vance said. “I saw the corruption that exists in this country. I saw Donald Trump as the only person in either party fighting against it, and I’ve been a huge supporter of Trump for the past several years.”

Sources close to Trump said that he spent days before April 15 talking to donors and advisers gauging their thoughts about supporting Vance.

“Like some others, J.D. Vance may have said some not-so-great things about me in the past, but he gets it now, and I have seen that in spades,” Trump said.

Thiel, who is 54, announced in February that he was stepping down from the board of Facebook parent Meta to back Trump-aligned candidates in the midterms.

Vance once worked at one of Thiel’s venture capital funds while Masters is Chief Operating Officer of Thiel Capital and president of The Thiel Foundation.

A close Trump ally, Thiel has accompanied Masters and Vance to separate meetings with the former president. Thiel’s support has also helped both candidates generate backing from Silicon Valley-based donors who traditionally refrain from supporting Republicans.

Like Loading...
‹ There is no joy in Ohio for the Once Mighty Trump has struck out
A Little Perspective from Prague ›