A Jihadi in Hijab… 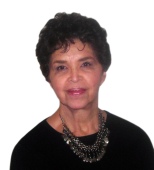 Linda Sarsour, American-born to Palestinian parents, is unreservedly an anti-Semite and anti-Israeli activist. Identifying as a feminist and an advocate for human and women’s rights, she attracted 500,000 women to the January 2017 Women’s March on Washington. She then added immigration reform, healthcare reform, reproductive rights, the natural environment, LGBTQ rights, racial equality, freedom of religion and workers’ rights to the mix of grievances, and proceeded to discredit the newly elected President Trump.

A former employee of the Arab American Association, Asmi Fathelbab, in need of an advocate, brought her 2009 grievance to light on the Daily Caller and Fox News. She had complained to Sarsour, the AAA’s executive director and her direct supervisor, about a male volunteer who sneaked up from behind and sexually rubbed himself against her, but Sarsour vulgarly dismissed her, saying, “Something like that doesn’t happen to someone who looks like you,” thereby adding insult to injury. Fathelbab emerged as yet another woman who experienced an unsafe, abusive workplace environment, but Sarsour disclaimed the occurrence, threatening to sabotage Fathelbab’s career in New York for “as long as she lives.” Sarsour who lost her control and compassion for women when she tweeted her rage in response to the issue of FGM (Female Genital Mutilation): “Brigitte = Ayaan Hirsi Ali. She’s asking 4 an a$$ whippin’. I wish I could take their vaginas away – they don’t deserve to be women.” Is this the behavior and language of one who cares about women?

This devious activist called for jihad when speaking of Donald Trump, claiming that jihad is a “struggle” without violence, although the accepted Islamic definition for jihad is “holy war,” with as much violence as needed. Her expressions usually contain violence. Islam is dualistic and the two Korans, the earlier one written in Mecca and the later in Medina, offer a choice of contradictions where both benevolence and malevolence are at work. The doctrine that applies to kafirs (the non-believer majority) is political in nature and rarely positive or even neutral; by contrast, the doctrine that applies to Muslims, is cultural, legal, and religious. The system conveniently allows for interpretation to suit the circumstances. Like a chameleon, Sarsour uses deception to portray Islam as benign and the Palestinians as victimized by Israel, with the goal of luring unenlightened infidels to conversion. When she donned the hijab and declared her skin no longer white, she exposed her dedication to the holy war obligation.

A proponent of Islam’s mendacious dualism, Sarsour is also predictable with her use of the term Islamophobia to silence all dissent, and her promotion of the great Palestinian lie that they are willing to negotiate peace. The technique is taqiyyah, the Sharia-endorsed practice of blatant lying and deception in order to hoodwink the other. Her feminist and human rights causes are a cover for her true pursuit.

Traditionally, in the shame-honor Islamic culture, men are deemed superior while women are degraded and the punishment for any disobedience to the Koranic proscriptions may be severe to fatal. Children spend most of their early childhood raised by a distressed, devalued mother, deprived of a loving environment and fearful of losing favor, being beaten, punished with isolation, or even annihilated. In The Jihadi Dictionary, Dr. Nancy Hartevelt Kobrin explains this as trauma-bonding. Treated as objects, they fail to learn empathy and compassion, treat others as objects, and bond with hard objects (such as weapons).

The young boy will learn the art of beheading in kindergarten, slinging rocks at Israeli vehicles, taunting IDF soldiers, treating female as bodies for rape. The young girl is further traumatized by the physically and psychologically painful FGM that could lead to lifelong infection and other complications, followed by supplementary mutilation at the time of marriage and childbirth.

Understanding her unwavering, limited destiny, the Muslim daughter may develop a resentment, even a repugnance and shame for her femaleness. Sarsour was raised in an unassimilated environment in Brooklyn, helped care for her six younger siblings; attended a school she resented (her mother’s choice), where she joined an activist club; was forced into an early marriage and motherhood of three; absorbed her people’s resentments and hatreds but was required to repress the anger and aggression she felt against her family. This has produced hostility against other women, which is distinctly evident when she addresses an audience.

Linda Sarsour has become the jihadi, internalizing the male’s rage and undertaking his role of leadership to promote a Palestinian state and Islam for the masses – ironically, this is a campaign for continuing the extreme cruelty to women. Despite the pain at her own betrayal and surgery, she dismisses FGM as merely a “cut,” and, denying the right to free speech, rejects all further discussion. A civilizational jihadist, she works to attract people to Islam while also vilifying Israel.

Islam was born out of envy and hatred of Judaism and Jews, in particular. Their Prophet’s new religion of “peace” was markedly successful in converting the residents of Mecca and Medina when he slaughtered, enslaved, and thieved their resources as bounty. Over a hundred verses in the Koran decree war with Jews and Christians, including extermination, and while it is estimated that 300 million Muslims believe in violent jihad, Sarsour’s chosen method is to push the narrative of Palestinian injustice in order to invalidate Israel and, therefore, justify Sharia and terrorism. Her politics and perpetual rage, taking opportunity in American gullibility, enabled her to partially dismantle the New York Police Department (NYPD) and its stop-and-frisk program, and used the Harvey disaster-relief program to increase voter registration and direct funds to the villainous George Soros. She defames Israel to negate the Jewish right to their land and state, slanders our President, and works to replace our way of life with Sharia.

Sarsour displays no feminine sympathy for the girls who are sexually mutilated and condemned to marry older, abusive men; or the Yazidi girls and women who were captured for a lifetime of sexual slavery; or the world of oppressed Muslim women, such as the Iranians who are bravely removing their hijabs and protesting their subjugation in this post-Shah era. Rather, Sarsour’s mission is to promote Palestinian victimhood for Palestinian state to exist in place of Israel, and to vilify President Trump for his allegiance to American values and commitment to Jerusalem as Israel’s eternal capital, with the final goal being the destruction of Israel and America and the adoption of Sharia law for all under single world rule, a global caliphate.

If you liked this essay, consider Tabitha’s book