Householder No Longer Holds the House

As the saying goes, a picture is worth a 1,000 words….Householder out as Speaker of the House. 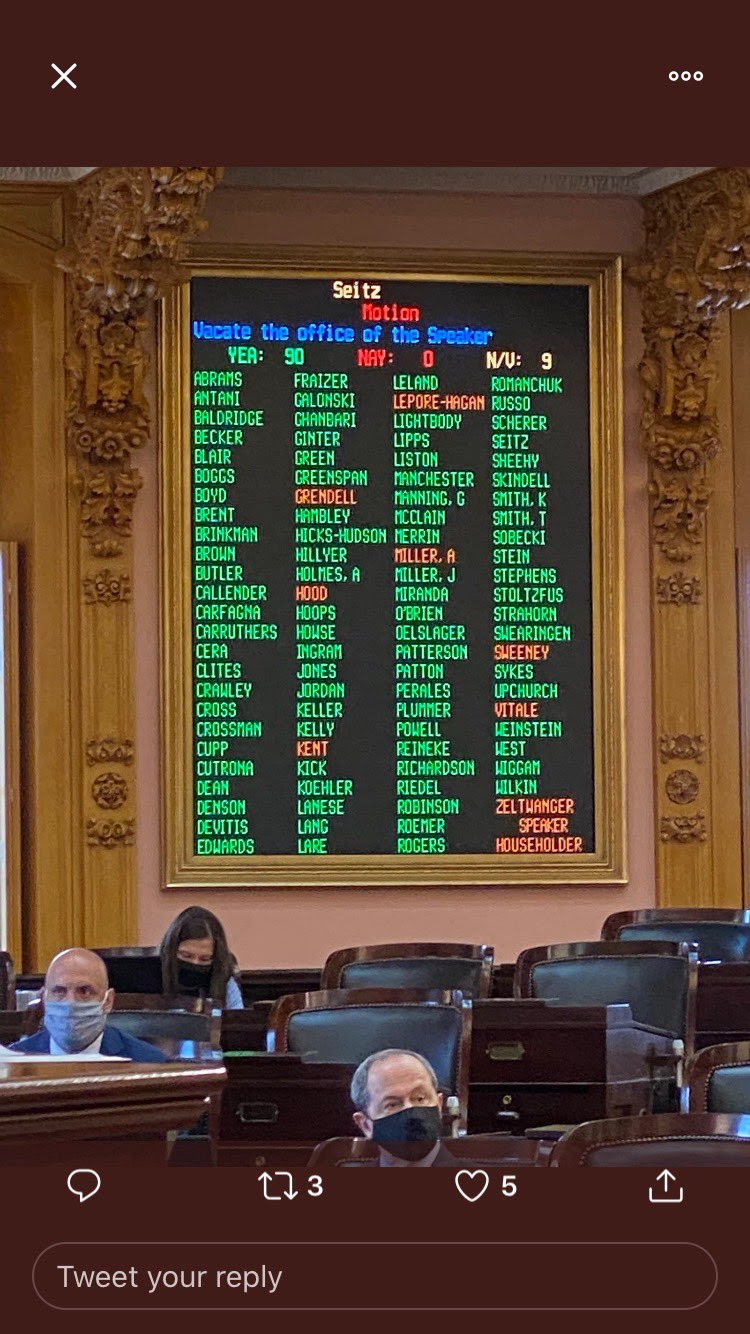 Householder is ousted as Ohio’s Speaker of the House..Note the Representatives that did not cast a vote:  (4) Republicans and (4) Democrats…

Local Representatives that voted to remove Larry Householder as Speaker of the House:

Jamie Callender [R] District 61 –  Kudos to Mr. Callender for doing the right thing by voting YES, and distancing himself from Householder.  If I felt betrayed as he did, I would vote to oust Householder.

John Rogers [D] District 60…thanks for a good vote…